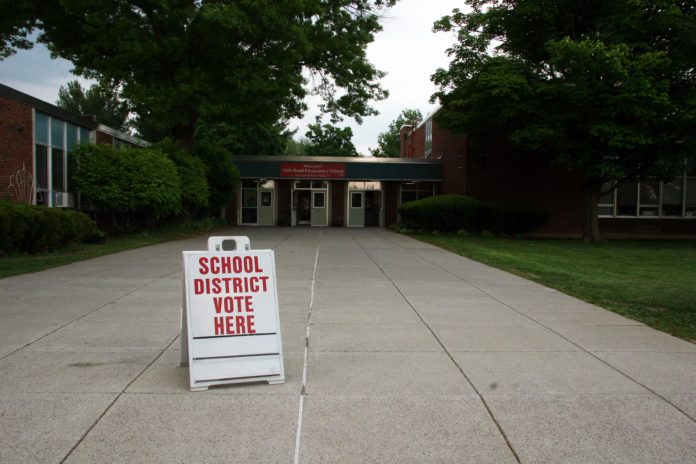 Voters in Red Hook will have to select two out of four candidates for school board seats on May 20 and also decide on four other propositions: the budget, new school vehicles, and added funding for two libraries.

There was a public hearing on the budget May 7 at 7pm at the Mill Road cafeteria, followed by a Board of Education meeting.

Four candidates have thrown their hats in the ring for this year’s race for the two open seats on the five-member board. Two incumbents, Dawn Morrison and Ryan McCann, who were elected in 2011 for three-year terms, are seeking reelection.

A $270,000 bus proposition for a full-size propane-fueled bus, a 30-passenger vehicle, two 20-passenger vehicles and one maintenance vehicle will also be on the ballot. And there are two library propositions, one each for the Red Hook Library and Tivoli Free Library, seeking a significant increase in funding.

Last year’s voting culminated in a hand count of the results because of voting machine breakdown that day. The district confirmed that it plans to use the old lever-style voting machines again this year. “Last year we were short one machine custodian and that was a big contributing factor to our troubles with the machines. This will not be the case this year and we are confident that the machines will work as they have for many years in the past,” Superintendent Paul Finch told the Observer.