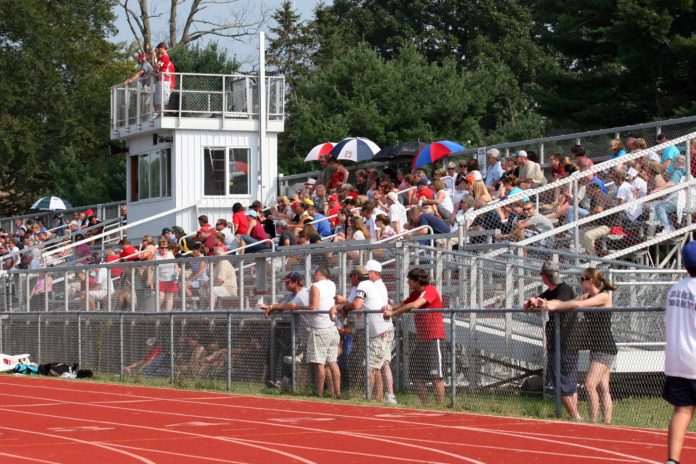 Back in the 1980’s, the community of Red Hook was left with a school budget that was defeated, leading to the elimination of any sports programs for young athletes in the school district.

But concerned parents and other members of the community refused to let sports in Red Hook suffer. And thus the Red Hook Raiders Booster (Sports) Club was founded. Through various fund-raising events and numerous donors, the sports programs were saved.

And today, Red Hook sports are indeed alive and well. All you have to do is look at the newspaper to see another Red Hook team winning another game, league title or Section 9 championship.

So, what has the club been doing in recent years? Well, they continue to count on concession-stand profits from football games and concession monies raised at Battenfeld’s Tree Farm during the Christmas season. There have also been 50/50, Half Time Hoop Shoot, candy, flower and plant sales (Spring plant sale now thru May 4) along with Red Hook Raider merchandise. The past few years they have also had a very successful fall golf tournament at the Red Hook Golf Club..

The funds raised primarily go towards the needs of Red Hook’s athletes. Over the years, the club has purchased storage sheds for sports equipment, trophy cases, sports equipment, scoreboards, dirt for playing fields, sports banners for the gym and protective foam for the baseball fence at the Rec park. Additionally, the club provides funds for athletes participating in New York State Championship contests on a per diem basis and for sports dinners/awards throughout the year.

The Boosters also give various donations to other school activities, such as the SADD post prom party, Welcome Back/Spirit Week and the yearbook. And each year, the club awards scholarship money to a few graduating senior athletes who meet the academic, community and sportsmanship criteria of the award.

In addition, each year the club recognizes a member or members of the community who embody the spirit of the Booster Club. The nominees are typically those who may have given time, money and/or support to the club and to Red Hook sports. This event is usually held in May and acts as a small fundraiser and recognition event.

The Booster Club meets for an hour once a month, typically the first Wednesday of the month at 7pm in
in the high school library or teachers’ lounge. Membership costs only $5, and is open to everyone. The club is made up of parents, grandparents, teachers, coaches, community business people and fans of all ages in the Red Hook school district. They all share in the love of sports.

Join us at our next meeting on May 2, and bring us new ideas!