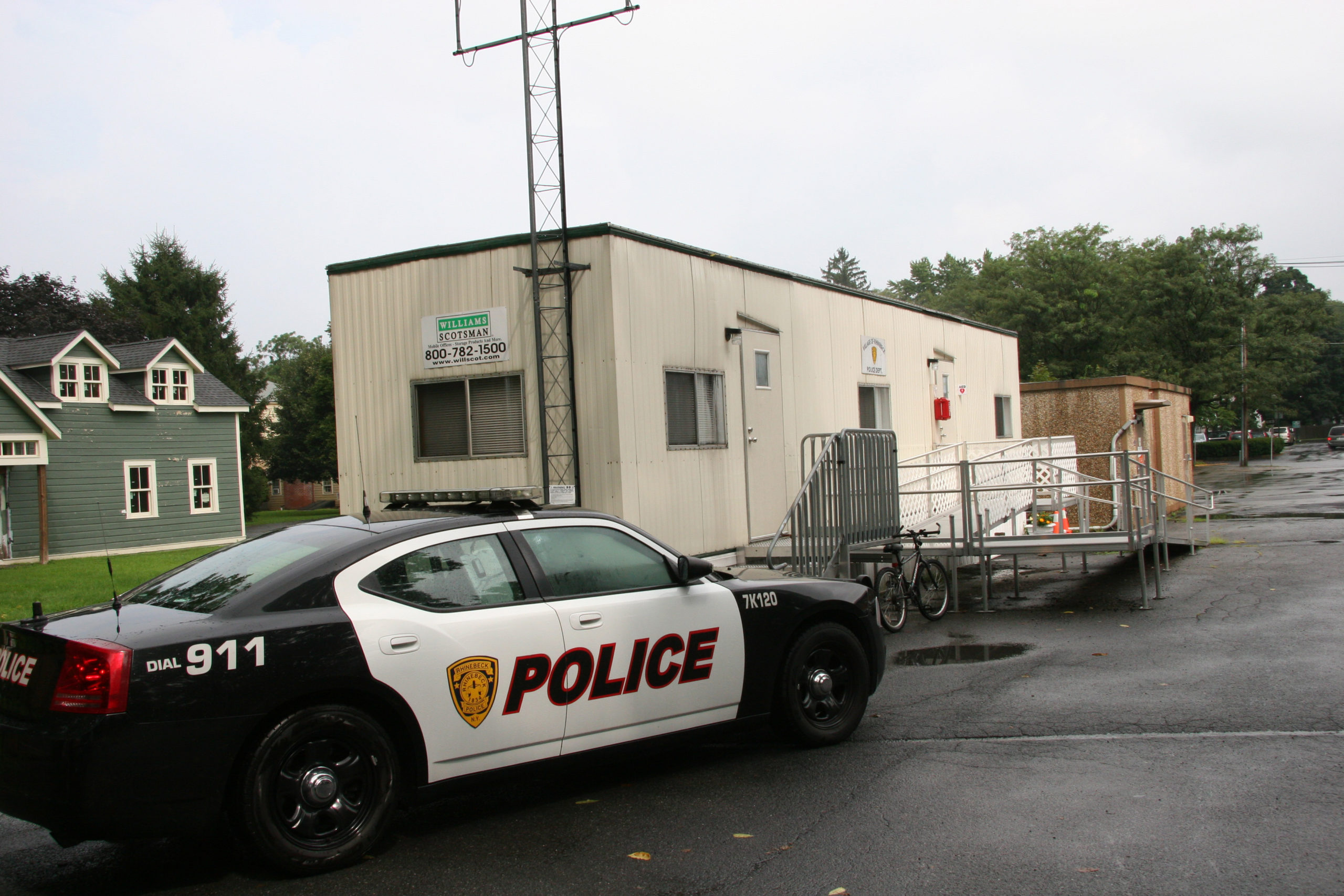 Rhinebeck Village officials are hoping that construction of the new police station will finally begin next month. And with that, village residents can apparently anticipate a projected 5.14 percent increase in their tax bills next year to carry the cost of the construction bond.

The new 4,400-square-foot one-story structure, plus basement, will be built behind the firehouse. The building will have a lobby with a public restroom, separate locker rooms for male and female officers with restrooms, rooms for training, squad, communication and evidence, a booking area and a juvenile interview room, according to Sergeant Peter Dunn, officer-in-charge of the village police department, which has 14 part-time officers.

In planning for the new station, the village board took out a bond anticipation note in 2006 and then purchased an old house at 14 Center Street, behind the firehouse, for $470,000, with the intention of demolishing it. Before demolition could begin, however, asbestos insulation was found on the pipes and the village had to hire a contractor to remove it. The house was torn down in May.

Village residents are paying $35,938, or 2.55 percent, of the 2012-2013 budget for the bond used to purchase the property. Once construction starts, they will face an additional tax increase next year, according Village Mayor Jim Reardon, who is also chief of police.

That’s because a new $900,000 bond was approved for the construction, more than village officials anticipate spending but they wanted to allow some leeway. The proposal was passed at a Village Board meeting in June following a public hearing that produced no major outcry against it.

“Our driving concern was to minimize the impact to the taxpayer,” said Reardon.

The village began accepting bids on the construction last month, with the bidding period ending August 9. “We’re hopeful we can come in between $700,000 and $800,000,” said Reardon, adding that any leftover money “will go back to the general fund.”

“We had been very aggressive about lessening the tax burden,” he said. “But it will be affected by the interest rate we get [for the bond]. It could be about 4-5 percent, but we’re hopeful we can get something better than that.”

Reardon explained that the borrowing for the final construction cost might mean a $75,500 increase in the 2013-14 budget, which would translate to a 19 cents per thousand assessment, or a 5.14 percent increase in the tax rate for village property owners.

“This is our best guess at this point,” Reardon said, adding, “we’re very hopeful it will come in cheaper.”

All told, the new station is estimated to cost a village homeowner with a $250,000 home an additional $70 on next year’s tax bill.

The new station has been a long time coming.

“We considered alternatives like an annex to the village hall, but the codes were prohibitive,” said Reardon.

He mentioned very stringent municipal building codes that protect structures from natural forces like tornadoes, hurricanes and earthquakes. “It would have been more than double the cost. The cost of retrofitting an existing structure is so prohibitive that it’s easier to start from scratch,” he said.

Also considered by village officials was buying other property elsewhere, and then converting it. One local resident reportedly proposed a large new multi-million dollar facility outside the village to house the firehouse, state police and village police.

The police department was originally housed in the basement of the firehouse, but then spent 14 years in a building adjacent to the Dutchess County Fairgrounds. “It was an old building that was structurally unsound,” said Dunn. “There was concern about snow on the roof potentially collapsing it.”

The department is currently housed in a trailer—leased for $275 per month—that sits behind the firehouse adjacent to the site of the new station.

Dunn said September 4 will mark three years that the department has been in the trailer, which he said was poorly insulated and too small for the needs of the department.