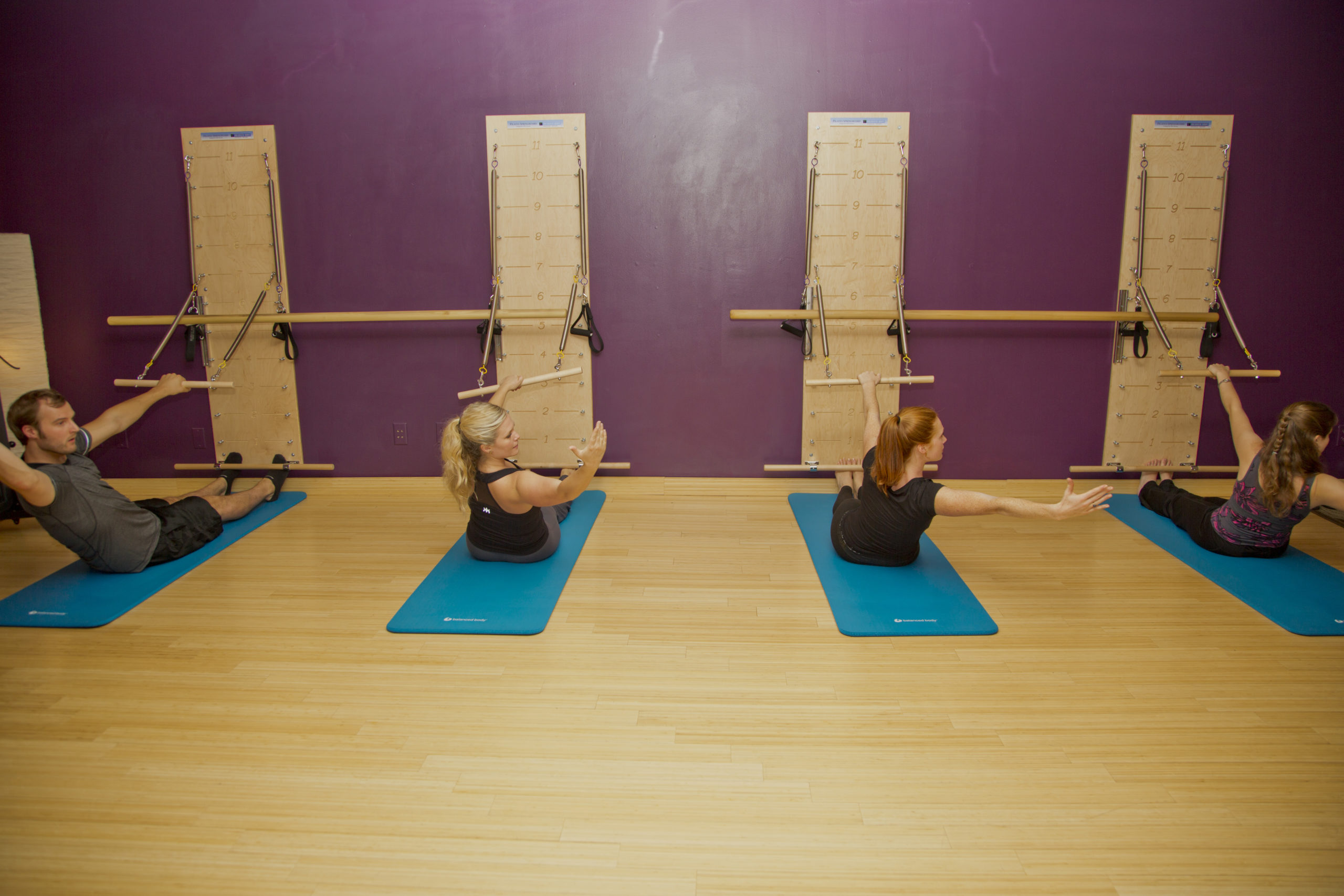 Just what is Pilates. I am often asked this question when I say I’m a Pilates instructor.

And other questions as well: Is it like yoga? Does it really flatten your stomach? Isn’t it supposed to be a mind-body exercise? Do you have to be really flexible and in good shape? Isn’t Pilates only for women? What do those torture-like machines really do? Isn’t Pilates really hard?

A brief history may be helpful. Pilates was created by a man and used on men, not designed for just women, as many think. It was created in the early 1920s by a German-born man named Joseph Pilates, who was a boxer, diver, gymnast and skier, and used his exercises to help injured World War I soldiers recover.

Joe opened his first Pilates Studio with his wife, Clara, in New York, sharing an address with the New York City Ballet. At the invite of George Balanchine, Joe eventually instructed young ballerinas. By the early 1960s, “Pilates” was becoming popular outside of New York as well. As the New York Herald Tribune noted in 1964, “In dance classes around the United States, hundreds of young students limber up daily with an exercise they know as a Pilates, without knowing that the word has a capital P, and a living, right-breathing namesake.”

Pilates uses “machines” or equipment – it is NOT just the abdominal mat work DVDs sold on TV. Ideally, you should be doing both the apparatus and the mat work as they complement each other. Most Pilates moves can be easily performed on a mat, however professional Pilates machines can be extremely helpful to both beginner and advanced clients. Each piece of apparatus has its own repertoire of exercises, and most of the exercises done on the various pieces of Pilates apparatus are resistance training, since they make use of springs to provide additional resistance. Possibly the most familiar piece of apparatus is know as the Reformer, but other apparatus include the Cadillac (also called the Trapeze Table), the Chair, and Springboards/Towers.

And what about those flat abs? Core strength is the foundation of Pilates exercise. The core muscles are the deep, internal muscles of the abdomen and back. When the core muscles are strong and doing their job, as they are trained to do in Pilates, they work in tandem with the more superficial muscles of the trunk to support the spine and movement.

As you develop your core strength, you develop stability throughout your entire torso. This is one of the ways Pilates helps people overcome back pain. As the trunk is properly stabilized, pressure on the back is relieved and the body is able to move freely and efficiently.

What Pilates more closely resembles is physical therapy. It is a movement system meant to create a more healthy body in addition to strengthening and stretching muscles, improving/correcting posture, while creating a longer, leaner look without the bulk of weight training. Pilates is not about bulk strength, it’s about ease of movement.

Getting in shape with Pilates is a path anyone can embark on, from the couch potato to the athlete. The exercises can be modified to meet the needs of the individual. By helping your muscles become stronger, more flexible, and more coordinated, Pilates helps you to excel in day-to-day activities and can also help improve your favorite sport.