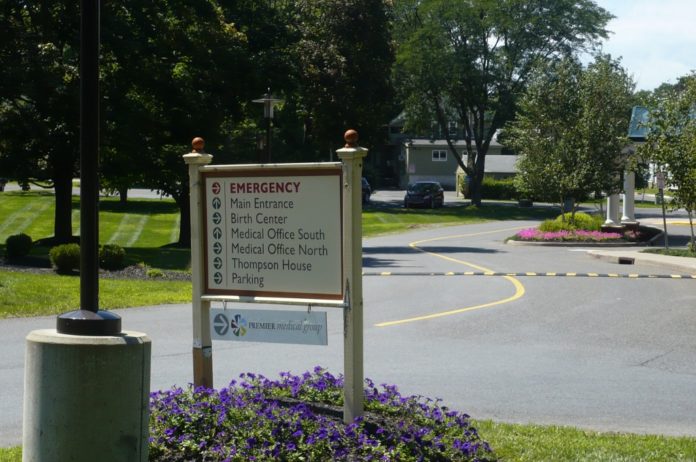 Northern Dutchess Hospital’s expansion plans are coming under fire from a citizens group concerned about losing green space in the Village of Rhinebeck.

The plans first came to light in January, when representatives of Health Quest, which owns the hospital, went before the village planning board to begin the site plan review process. The $30 million addition would have three stories and will require a height variance from the zoning board of appeals.

But opponents of the project are most concerned about a proposal to increase parking by 99 spots around the hospital. That prompted the citizens’ group to circulate an online petition titled “Save Rhinebeck’s Green Space,” which had garnered 248 signatures by Sept. 6.

According to the petition, the planned hospital addition includes eight for-profit doctors’ office, which “will require the leveling of most of the mature trees on the hospital’s front lawn and paving over the green space.”

The result, the petition claimed, “will make an eyesore of the northern gateway of the village.”

The minutes also show that on multiple occasions, village planners have pushed hospital administrators to consider moving the planned parking area to the rear of the building to lessen its visibility, and they have also questioned the proposed removal of several houses along the edge of the hospital property, which currently screen the complex from its neighbors.

The project is being developed by Kirchhoff Medical Properties which will lease the building during its construction from the hospital. After construction, the top two floors, with 40 single-bed patient rooms and six new operating rooms, would be leased back to the hospital. The first floor would be retained by Kirchhoff and leased to for-profit health care providers.

The citizens’ group is led by Cate Long, whose property borders the hospital. She has lived there since 2004 and told The Observer this is her first time getting involved in local planning issues.

Besides the incursion into the village’s greenery, Long said one big reason she is opposing the expansion is the for-profit doctors’ offices.

“I attended a public hearing and was just aghast at some of the plans. It just overall seemed very invasive for the village. I’ve been against those for-profit doctors’ offices being in there from the beginning…It’s one thing to have a non-profit hospital located in a residential area, but then to use that as a shell to put in for-profit activity, I just think is wrong,” she said.

In the petition, the group requested a “thoughtful discussion of the plans for the northern gateway of the village,” and asked that the ZBA reject the height variance request for the addition in order to create more opportunity for that discussion.

The project is slated to be reviewed at the next ZBA meeting on Sept. 19 at 7pm at Village Hall.