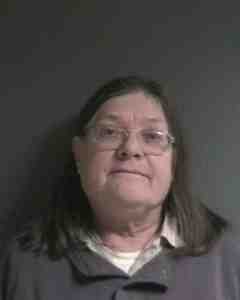 The Red Hook woman arrested in the hit-and-run deaths of two Bard College students in Tivoli was indicted by a Dutchess County grand jury Friday on 17 felony counts.

, 63, was indicted on multiple counts of aggravated vehicular homicide, vehicular manslaughter, second-degree manslaughter and leaving the scene of an incident, along with two counts of driving while intoxicated for the Jan. 31 late-night incident on Route 9G.

In announcing the indictments, Dutchess County District Attorney William Grady said in a news release, “The most serious counts in the indictment accuse the defendant of operating her vehicle in a reckless manner with blood-alcohol content of 0.23 [percent], which is almost three times the legal limit, and caused the deaths of Sarah McCausland and Evelina Brown.”

is convicted on all counts, Grady said, “she faces a maximum state prison sentence of 32 years.”

is currently out on bail after posting a $50,000 bond at her initial arraignment Feb. 4 in Village of Tivoli Court. The date for her new arraignment on the 17 felony counts has not been set.

According to police reports, a group of Bard students had been walking south on Route 9G at 11:50 pm when they were struck by a southbound car near the Tivoli intersection. McCausland and Brown died at the scene; a third student was injured. The driver, who is alleged to be Boeck, fled and was picked up a short time later.

was initially charged in Tivoli with felony DWI because she had been convicted of driving while intoxicated Feb. 1, 2006 in Red Hook. For that, she paid a $500 fine, according to the DA’s news release.

is being represented by Moshe Horn of New York City.