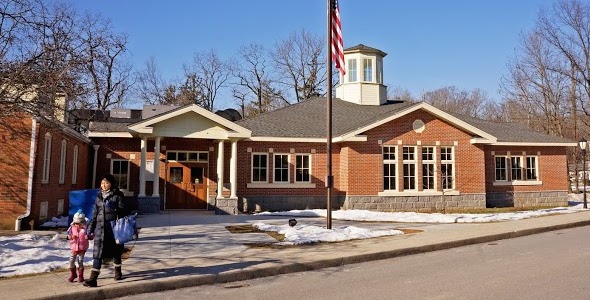 Rhinebeck’s Starr Library has won state approval to become a fully public entity, with taxpayer oversight for its budget and governance.

The legislation, passed by lawmakers in Albany, is the result of a long effort by the library’s board of trustees and director, with the help of state officials. The change must be approved by Rhinebeck voters in November, and then would become official in January 2015.

Starr is the oldest library in the MidHudson Library System, founded in 1862. It is now an association library, which is technically a private corporation, though it is open to the public and funded in part by taxpayers.

Under the new law, Starr would become a “special legislative district public library,” covering the Town of Rhinebeck, with full accountability to the town’s taxpayers. According to library director Steve Cook, that will put Starr in a better position to meet the needs of Rhinebeck’s citizens.

The bill was sponsored in the state Legislature by Assemblymember Kevin Cahill and Senator Terry Gipson. Cook told the Observer the vote in the Senate was a nail-biter, coming at the very end of the last day of the legislative session on June 20. Nevertheless, the bill passed both houses nearly unanimously.

The library is currently sustained by a combination of property tax proceeds and fundraising. That will not change if the library becomes a fully public entity, but it will be able to more directly levy taxes because its budget will need taxpayer approval each year, just like school budgets do. Currently, the library must get a referendum on the ballot to adjust its tax take, which Cook called an arduous process.

The last referendum for Starr was in 2006, when voters approved spending $225,000 annually for its budget. That contribution has not changed in the last eight years, but library costs have slowly crept up, mostly as a result of higher utility costs, according to Cook. The library board has tried to fill the gap with fundraising, but Cook says the library needs a more predictable source of funding to be sustainable.

The library’s budget for the current calendar year is approximately $360,000, according to Cook, up from $350,000 last year. The library is already constrained by the state’s 2 percent tax cap, and that will continue if the special district is adopted. Tax cap overrides would require approval by the library’s board, and voters would have a chance to reject the tax levy increase with a simple majority. If the amount is rejected by voters, the library defaults to the most recently approved amount.

In exchange for taxing authority, the library will be governed by a publicly elected nine-member board of trustees. Terms will range from one to three years, based on the number of votes each trustee receives. If voters are unhappy with the way trustees are managing the library and its finances, they can vote in new trustees as their terms expire.

“This will put power in the hands of taxpayers,” says Rebekkah Smith Aldrich, Coordinator for Library Sustainability at the MidHudson Library System. She told the Observer that in pursuing the special legislative district, Starr is “practicing good governance and doing right by the community.”

In its 2020 Vision Plan for Library Service in New York State, the Board of Regents recommends that all public libraries adopt the district model. Of the 66 libraries in the MidHudson Library System, 19 have become special district libraries, six of which are in Dutchess County.

The Morton Memorial Library in Rhinecliff falls within the Starr Library district, but Steve Sansola, president of Morton’s board, told the Observer that the legislative change will have no impact on Morton. He added, however, that the board supports Starr’s efforts. “We’re very lucky to live in a community that supports two libraries,” he said.

Cook said there is no downside to making Starr a special district library. “We really try to serve the community and make our space available to all sorts of groups,” he said. “We believe we can provide Rhinebeck with a great bang for its buck.”