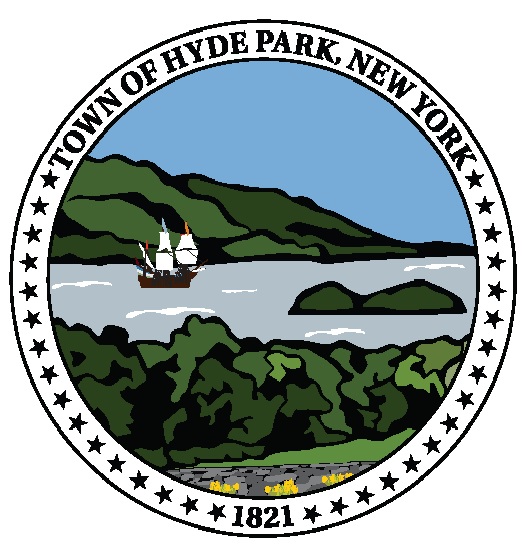 After 50 years, the Town of Hyde Park is planning to adopt a new town seal.

Since 1964, the seal has been a composite coat of arms of two of the town’s founding families, the Stoutenburgs and the Roosevelts. It was designed by then Town Historian Beatrice Frederiksen and Reverend Gordon Kidd of St. James Episcopal Church, and drawn by Albert McClure, curator with the National Park Service.

The new seal celebrates the iconic view of the Hudson River from Hyde Park, long enjoyed by artists, residents and visitors to the Vanderbilt Mansion National Historic Site. It features a stone wall with daffodils in the foreground, a distinctive feature of the town, along with the Half Moon ship, from Henry Hudson’s 1609 voyage in 1609, and a border of stars symbolizing the 32nd President, Franklin D. Roosevelt. The seal was designed and created by Town Historian Carol Kohan and graphics designer Yvonne Laube.

Town Supervisor Aileen Rohr said in a town news release: “We will certainly retain the coat of arms as an important part of the town’s administrative history. However, we are looking for a town seal that is more easily recognized by the public as representative of the multiple facets of Hyde Park.”

The new seal was presented at the Town Board’s June 2 meeting and was to be adopted officially at the Aug. 11 meeting.