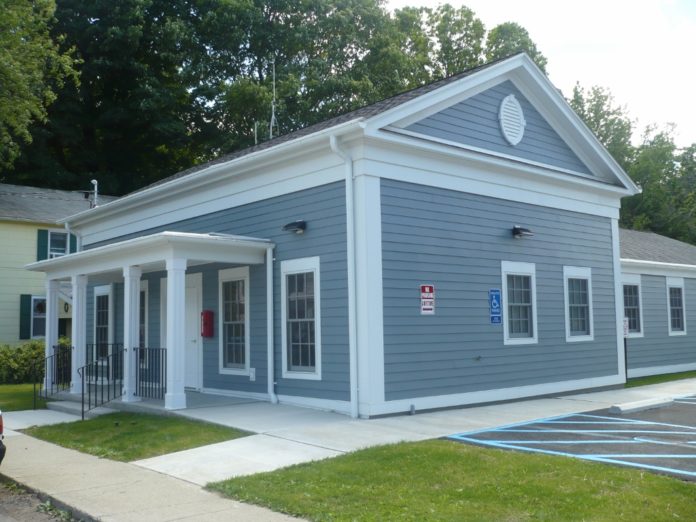 The Red Hook and Rhinebeck Police Departments recently received Tasers and new bulletproof vests to protect their officers in the field.

Red Hook got two new X26P Tasers for use by police officers during court proceedings. In Rhinebeck, 12 new vests will replace ones that are now out of date.

The Taser is an electroshock weapon that is coming into greater use by police departments around the country. It uses electrical current to disrupt muscle control and can subdue a violent suspect without the use of deadly force.

Town and Village Justice Jonah Triebwasser told the Observer that the Tasers were part of a $3,029 grant from the state’s Justice Court Assistance Program.

”The state’s Office of Court Administration wants these [Tasers] for security officers in the courtroom,” he said.

Triebwasser explained that court officers will be equipped with Tasers during all scheduled town and village court dates as well as for off-hour suspect arraignments. “The rest of the time they will be used in the field,” he said.

At the Aug. 21 village board workshop, Police Sergeant Patrick Hildenbrand said that half of his 10 officers were trained in Taser use during the month of August and the other half were to be trained in the beginning of September by Taser instructors from the Hudson Police Department.

“This is a great tool,” Hildenbrand said, describing its effectiveness in subduing a violent suspect the first day it was used in the field. “The first thing he said was ‘You’re not going to Tase me with that are you? I’ll stop.’ He just saw it and it worked.”

Triebwasser is already in the process of applying for next year’s grant, which will include two more Tasers with high-definition cameras attached. A dehumidifier for the Village Hall records room is also on his wish list. This year’s grant also paid for two folding tables for attorney use during trials.

The Rhinebeck Police Department just received a $4,150 matching grant award for 12 new bulletproof vests through the state Attorney General’s InVEST Partnership, a statewide program that supports the purchase of the vests for law enforcement agencies across the state.

The award covers up to 50 percent of the costs of the vests and is part of a $13,900 award for Dutchess County that will provide 48 new vests for Poughkeepsie, Fishkill and Rhinebeck.

Rhinebeck Police Sergeant Pete Dunn told the Observer that Rhinebeck received a letter in June from the Attorney General’s office inviting the department to apply for the grant to replace the department’s current vests, which will soon be out of date.

“The vests expire after 5 years,” said Dunn. “We received 12 vests because that is the number of vest we have that are due to expire.” He also said the new vests will have the same level of protection as before but will be lighter in weight and more comfortable.

According to Dunn, no Rhinebeck officer has ever had to stop a bullet with the vests, but all officers are required to wear them at all times.

“We have a mandatory wear policy,” Dunn said. “So vests musts be worn while officers are on patrol.”