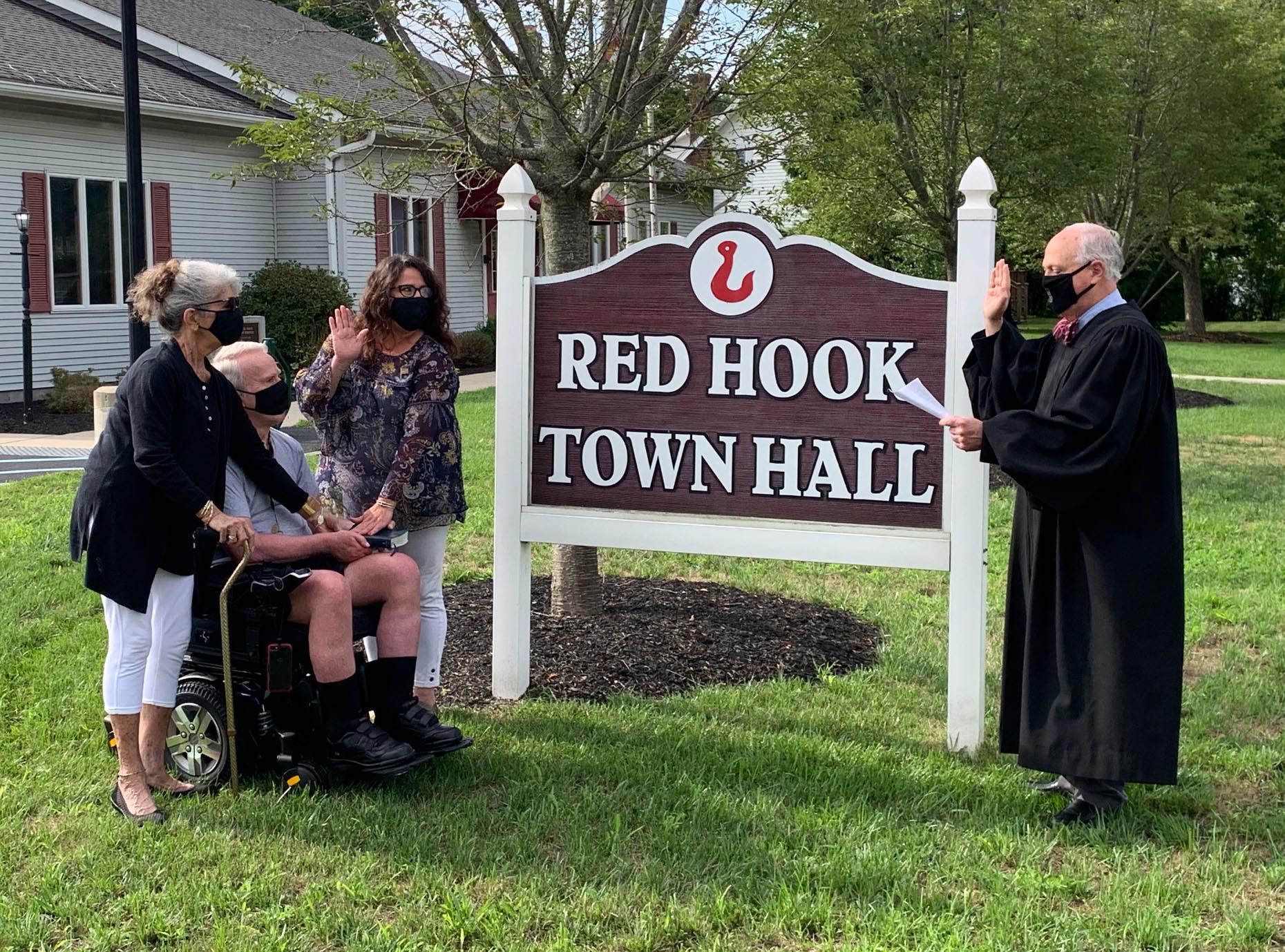 Moments later, the socially-distanced oath of office was administered in front of town hall by Red Hook Town Justice Jonah Triebwasser and Cochran stepped inside to start her first day on the job.

Cochran, a longtime Red Hook resident, succeeds Sue McCann who resigned the post leaving a vacancy to be filled by the town board. McCann served for over 14 years after winning her first election in 2005.

With Red Hook Town Hall closed to the public due to the pandemic, Cochran said she hopes to be able to help the community more online.

Red Hook Town Board Member Christine Kane said she is impressed with Cochran’s approach to the position with COVID-19 now being a part of our reality.

“Deanna has excellent work experience that will allow her to hit the ground running,” said Kane.

Cochran studied communications at SUNY New Paltz and has worked at Bard College since 2010. Cochran said she wore many different hats at Bard where she managed projects, supported the Office of Vice President of Finance and Administration, participated in campus committees, and worked as an interim Director of the Human Resources department.

“If somebody needed something, I could do it,” said Cochran.

According to Red Hook Town Supervisor Robert McKeon, the attorney for the town has advised the board that Cochran’s appointment will last until December 31, 2021, because the vacancy occurred less than 90 days before the upcoming general election.

“We have had nothing but a positive experience with Deanna, and we think that she will bring a tremendous amount of energy and collaboration to this position,” said McKeon. “The town clerk’s office is considered to be the face of the township, and we think Deanna is the right one to continue the terrific work of her predecessors.”

McKeon said that there were over 200 applicants. For two weeks, interviews took place on Zoom where two board members would conduct each interview. The town board unanimously recommended Cochran during their meeting on August 7.

“This office is a well-oiled machine, so I’m excited to start, move forward and serve the community,” said Cochran.