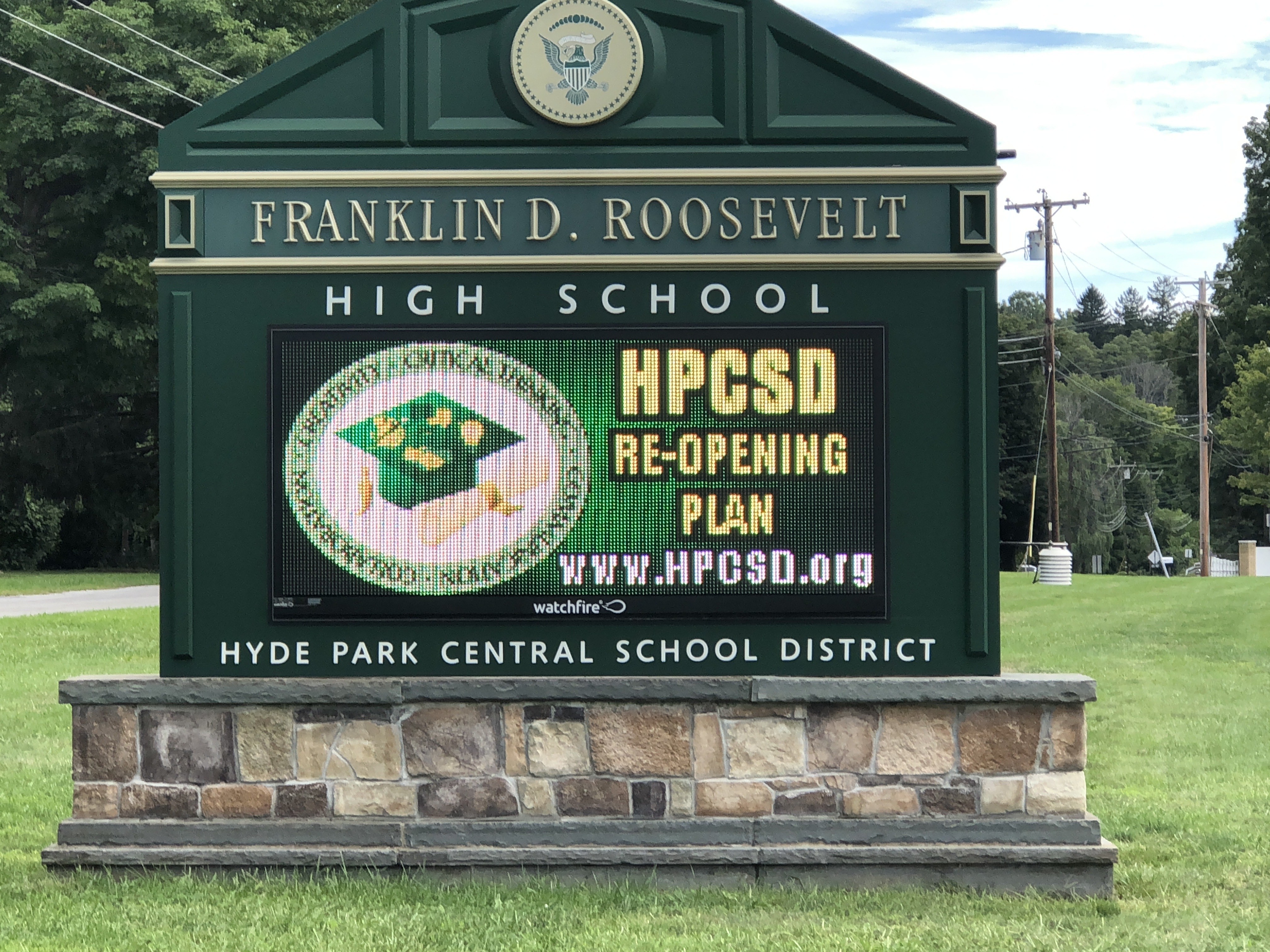 After months of planning for a hybrid opening, Hyde Park Central School District announced in August a move to remote-only learning for the start of the school year.

Remote classes begin for students on Sept. 10 and will continue through the month. The hybrid model, a mix of in-class and remote learning, will begin integration in October, expected to be fully underway by Oct. 8. The all-remote learning option will continue to be available for families that opt-in.

Return preparations were well underway by the time the district received guidance from the State Education Department, said Aviva Kafka, Deputy Superintendent. Staff, families and other members of the school community were involved in the process.

“Once we had that guidance, we really started crafting and submitting our plan,” Kafka said. “We let people know from the beginning that it was a work in progress and would be updated as new information is available.”

From there, the district hosted multiple forums for both families and staff, also seeking feedback through Thought exchange, an online crowdsourcing tool that allowed staff to survey the entire community on what questions and concerns they had about reopening.

“As a parent of two in school that works full-time, I appreciate HPCSD’s careful consideration of reopening by using a hybrid model,” said Megan D’Alessandro. “I believe the district is doing the absolute best it can do with State guidance.”

More than 1,000 participants responded to the survey, its feedback used to create an extensive Frequently Asked Questions guide, recently shared on the Hyde Park Central School District website with expected revisions to come this week. The FAQ  — found on the district’s website — details a full reopening plan, addressing everything from safety and staffing, to visitor practices, transportation and emergencies.

“There are a lot of hardships for families no matter what our plan is,” Kafka said. “We’ve certainly heard some of the difficulties people have with childcare, even in a hybrid model.”

“We’ve also received a lot of support from the community. I think we all want students back full time, safely. And that’s just not possible right now. I think our community has been incredibly supportive and very involved,” Kafka added.