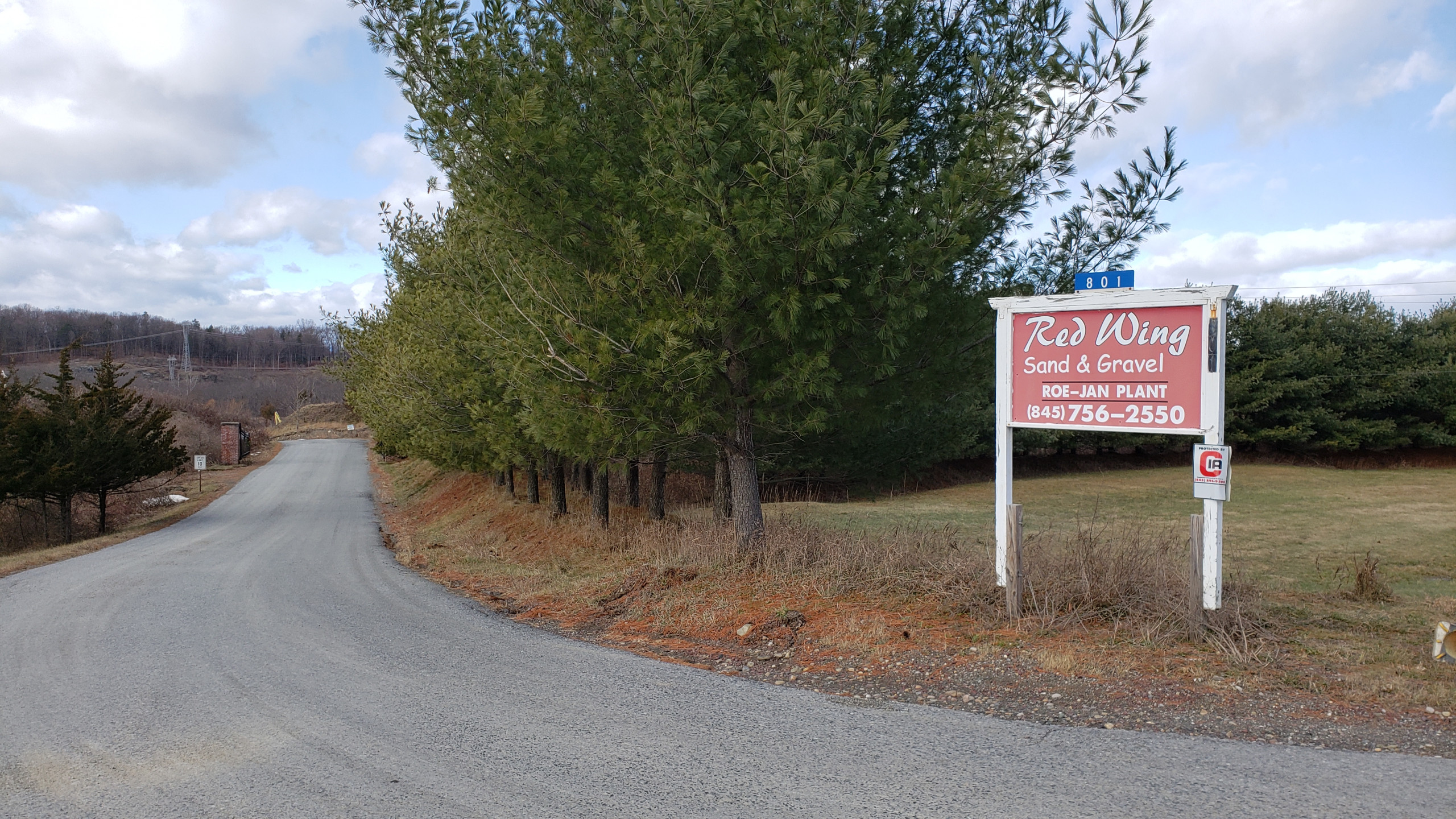 Towns and community groups near the Roe-Jan mine in Milan are waiting to see what New York’s Department of Environmental Conservation (DEC) will do with Red Wing’s request to import materials for processing at the site.

As the mine nears its end of life — the mining permit expires in September 2021 — the natural course of events would be that they start reclaiming the land, said Milan Town Board member Bill Jeffway. Topsoil has been set aside for this express purpose.

Instead, mining company Red Wing has proposed that while no more gravel will be extracted from the site, it would import gravel from other mines in the area for storage and processing at the Roe-Jan site.

The Roe-Jan mine has operated since the 1980s and includes a processing plant that processes gravel post-extraction. The mine is a grandfathered use, as the Town of Milan banned new mining operations more than ten years ago.

The towns of Red Hook, Clermont and Milan have voiced their concerns to the DEC, citing potentially adverse impacts to the character of local communities, noise, nuisances and the potential degradation of the Roe-Jan stream.

“Red Wing’s own documents show that Red Hook will absorb the overwhelming majority of the negative traffic impacts,” Red Hook Town Supervisor Robert McKeon told the Hudson Valley Observer. “This application flies in the face of all that we’ve done to make Red Hook a wonderful family-friendly community and the town opposes this change.”

Red Wing anticipates importing 28 to 30 loads of sand and gravel per day, equally distributed throughout the day.

Permitted trucking hours at the Roe-Jan Mine are Monday through Friday from 7:30 a.m. to 5 p.m., equating to three round-trips or six trips per hour, on average. That does not include additional deliveries of the final product.

“One of the biggest concerns is certainly the impact on traffic,” Jeffway said. “Volume of traffic, noise and dust, all those dimensions… I think the thing that most stood out to us was the projections on truck traffic on the roads.”

The Town of Clermont and the Livingston Neighbors Association — a grassroots group who successfully opposed the opening of another mining site proposed to be processed at the Roe-Jan Mine in 2017 — also submitted a letter to DEC opposing the change. They argue that Red Wing’s plan proposes a significant change to the nature of the use of the land from mining and processing limited to materials extracted on-site to an import, processing and export use with “a potentially unlimited level of intensity.”

The Town of Milan was appointed lead agency in the environmental review of the Red Wing mine application to the DEC in early August of this year.

“It essentially becomes an importing/exporting processing center as opposed to a local mine,” Jeffway said. “Red Wing feels like it’s kind of a continuation of an existing use and the town feels like it’s a new use.”

Red Wing Properties, Inc., requested importation approval in a September 2018 letter to the DEC, stating that importing materials from its sites where mining is allowed but processing is not, is vital for the continued operation of Red Wing and its sister company Package Pavement.

“There is no change in the life-of-mine area, the area to be affected during the current permit term or the final reclamation plan for the site,” read the letter. “The planned stockpile /storage areas for the imported sand and gravel materials are located in areas where appreciable thickness of sand and gravel reserves have already been removed and where temporary stockpiling has previously occurred.

“The imported reserves represent additional inventory for Red Wing to meet its market demand for processed materials in the future.”

For now, Jeffway said the timeline relies heavily on Red Wing’s submittal of a complete proposal for review.

“We’re waiting to hear what they propose to do,” he said. “The options are, they reclaim the mine or they propose new uses, which then comes up against current zoning, which raises a different set of questions.”