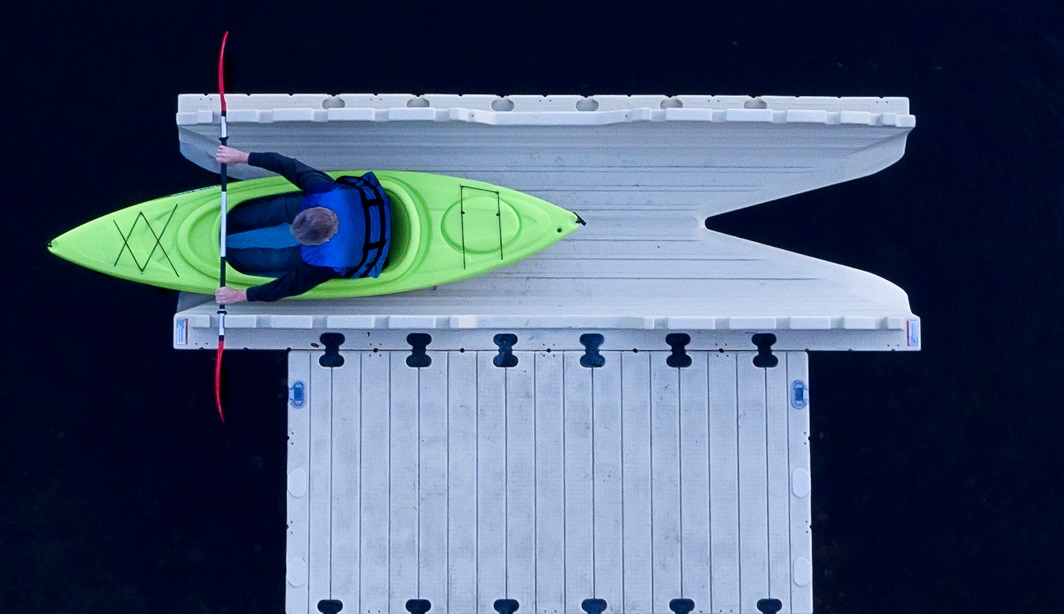 At its Feb. 8 meeting, the Rhinebeck Town Council heard a presentation on the possibility of adding a kayak launch to the dock at Rhinecliff Waterfront Park.

The project, if approved, would cost around $5,000—an expense that Rhinebeck Town Supervisor Elizabeth Spinzia said would be considered at this time specifically because of the impacts that COVID-19 has had on the community.

“We don’t know what will happen this summer with regards to our recreation and our pool,” Spinzia said. “We just don’t know…normally I’d say a $5,000 outlay not in a budget time is not a good idea, but we do want to consider this because of how people are living right now—sort of having to go outside alone.”

“Anything that we could do to help that would be a good idea,” she added.

Norm Magnusson has proposed the idea and appeared at the meeting to discuss more details. Up and down the Hudson River, he said, municipalities have added kayak launches to make the river “more accessible to kayaks.”

“It’s super, super simple and would make the Rhinecliff boat launch area a lot more accessible to kayaks,” Magnusson said. “As it is now, kayaks launch on the actual incline…that scrapes up your boat and it’s just not a good way to do it. That’s why all these other municipalities have installed various kinds of kayak launches.”

The proposed kayak launch—made by EZ Dock—is V-shaped and made of thermoplastic.

Members of the Town Council discussed the fact that the dock itself is removed seasonally, so the kayak launch—which would be attached to the dock by a “couple of pins and bolts”—would also be removed seasonally. Since it would be a town purchase, the town would be responsible for maintaining the dock, Spinzia added.

The Town Council did not make a decision during its meeting; members said they look forward to hearing more information in the future about the project.

“It’s only February, so we have some time,” Spinzia said.