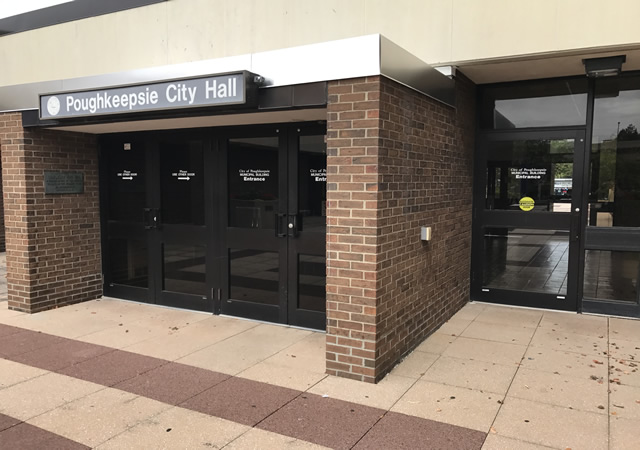 Although a recent Pattern for Progress housing study fails to probe housing disparities between the County and the City of Poughkeepsie– they kick the can to a forthcoming study by the county of its own housing needs – it’s because the authors have their hands full describing the painful extent of the city’s full-blown “affordability crisis.”

It is evident in every basic statistic, squeezed between stagnant or declining income, and rising rents – exacerbated by pandemic-induced inflows from downstate – resulting in “economically unsustainable living conditions for a significant number of Poughkeepsie residents,” according to the report.

A majority of local households are already spending too much on housing – over half devote more than one-third of income, the generally accepted recommendation – and roughly one in three renters are “severely cost-burdened,” spending more than 50% of their income keeping a roof overhead and the lights on, leaving little for other necessities, much less for savings.

There are a variety of public assistance programs to help buffer the full brunt of brute market dynamics, but they come with grueling wait times. The City’s Housing Authority, for instance, has 359 apartments, but almost twice as many households are waitlisted, with an average delay of 6 ½ years; for a four-person household, the average wait is almost 12 years.

Not surprisingly, homelessness is a growing concern, with some 10% of students in the local school district experiencing homelessness in 2018-2019, a peak after this trauma rate rose for five previous years straight. “For the large number of school-age children experiencing housing insecurity and homelessness, future outcomes are seriously at risk unless a solution for them is found,” warned the study which called itself a “foundational document.”

The yawning economic disparities within the City – homeownership ranges from 94% to 20% depending on the census tract – make for disturbing reading, especially since many seem the legacy of our troubling racial history, including the redlining practices of the 1930s.

Overcoming these disparities and establishing housing stability for a majority of residents presents a truly daunting challenge that should be front and center on the agendas of the next succession of City mayors and legislators. The detailed recommendations made in the report – from the simple (better code enforcement) to more complex (mandating inclusionary zoning, setting up a well-funded land trust, energizing opportunity zone investments) – provide a challenging policy pathway for the City. Particularly useful are links to other cities already implementing solutions.

One small example: because Poughkeepsie, which has a huge number of absentee landlords, lacks a master contact list of property owners and their managers – the better for code enforcement and to quickly address police or other problems, the report offers links to how Albany, Ossining and Troy are solving this blindness. One key missing data point in this report is the extent of out-of-town property ownership to better calculate how many tens of thousands of dollars flow out of Poughkeepsie’s local economy with each rent roll. Stabilizing housing is also but one critical part of improving Poughkeepsie’s overall prospects. As the report notes in its conclusion, “housing and employment are inextricably connected [and] long-term housing stability also involves higher household incomes created through economic development and the attraction and retention of industry sectors with higher wages.” The utter lack of new, good-paying jobs locally is a glaringly weak pillar in Poughkeepsie’s economy or even its political agenda.