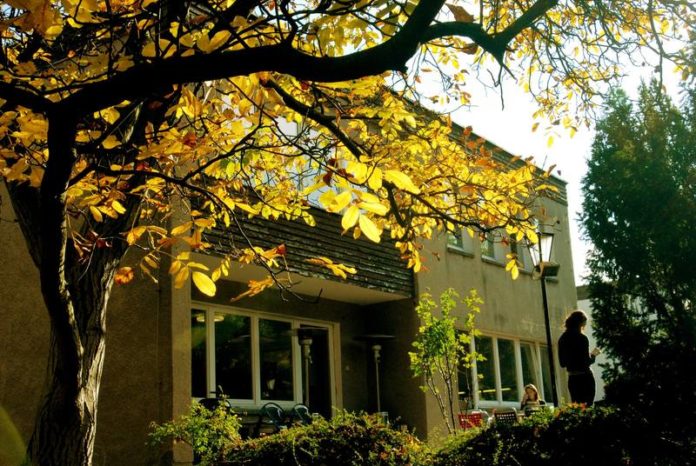 Bard College has assumed ownership of ECLA European College of Liberal Arts in Berlin, Germany. This new satellite institution of Bard, to be named ECLA of Bard, a Liberal Arts University, has been transferred to Bard by the Christian A. Johnson Endeavor Foundation as part of a larger gift that includes financial support for the transition.

One of Europe’s earliest liberal arts education programs, ECLA was founded in 1999 in the aftermath of German reunification and the democratic revolutions of Central and Eastern Europe. It is located in the Pankow district of the former East Berlin.

Under Bard, academic programs will be expanded and graduates will receive a dual degree accredited in Germany and the United States. A new semester- and year-long study abroad program will be introduced in 2012 to take advantage of Berlin’s rich resources in the areas of arts and culture; politics, economics, and society; and history and literature. The new program will include an internship component and is expected to appeal to U.S. students, among others. In the future, several master of arts degree programs are planned.

ECLA achieved preliminary accreditation from the Berlin Senate in February 2011. It currently enrolls 65 students and offers a multidisciplinary B.A. degree in value studies, which brings together, under the umbrella of their relationship to values, such topics as art and aesthetics, ethics and political theory, and literature and rhetoric. The language of instruction is English. The student body is international and includes citizens of more than 42 countries. The university also offers yearlong study programs.

Board leadership as well as the financial needs of ECLA have been provided by the Christian A. Johnson Endeavor Foundation since the Foundation established the college in August 2002 as a German not-for-profit corporation. The guidance and support by the Foundation enabled ECLA to make the transition from a summer university to a four-year liberal-arts B.A. program. In addition to ECLA itself and the 15 buildings that make up its campus, Endeavor Foundation’s gift to Bard includes a $12 million grant to support the program during the transition phase.

“We are honored and excited to have this opportunity to make ECLA thrive as part of Bard. The ideals of ECLA’s program reflect the finest of the liberal arts tradition, as well as an important step in the extension of the liberal arts to European students,” said Bard College President Leon Botstein. “At the same time, we look forward to creating a new set of programs compatible with ECLA’s existing mission. We’re grateful to have been presented with the opportunity to continue the visionary work of Julie Johnson Kidd and the Christian A. Johnson Endeavor Foundation, and look forward to strengthening and expanding the programs of this pioneering institution.”

President Julie J. Kidd of the Christian A. Johnson Endeavor Foundation said, “The establishment of ECLA European College of Liberal Arts and the accreditation of its B.A. program in value studies have been of enormous importance to the mission of the Christian A. Johnson Endeavor Foundation and have absorbed a great deal of our efforts and resources over most of the last decade. It is time now that we transfer the leadership and responsibility for ECLA to the most innovative, dynamic, and suitable partner to take on the further development of ECLA’s special mission. We are honored and grateful that Bard has agreed to be ECLA’s new owner and champion. Bard has been a helpful partner since ECLA was created, and I look forward to continuing, with Bard, to build on what has already been accomplished.”

For further information on the programs of and admission to ECLA of Bard, a Liberal Arts University, contact Susan Gillespie at 845-758-7082 or gillespi@bard.edu.