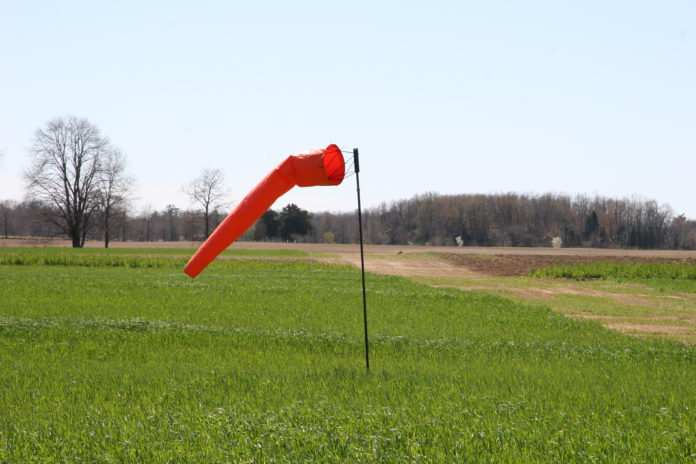 The legal status of Norman Greig’s private landing strip remains up in the air.

At the Red Hook Town Board’s March 28 meeting, Town Supervisor Sue Crane admitted that nobody in town government knew exactly how to handle Greig’s request for official approval of an airstrip on his property, because the application is the first of its kind.

Greig has been trying to obtain approval for the strip on his Pitcher Lane farm since applying for a special permit from the Planning Board last August. Though he contends that his land has been used as a small runway since the mid 1970’s, he was unable to get the strip grandfathered in after the recent round of zoning regulations took effect.

Since the Planning Board meeting, Greig has appeared at three Zoning Board of Appeals meetings and two Town Board meetings. He has also had to speak with representatives from the state Department of Transportation (DOT) and the Federal Aviation Administration.

“I’m lost in the process at this point,” Greig said at the town board meeting. “This has all gotten out of hand.”

Crane assured Greig that the town board was doing everything possible to resolve the matter.

“We are trying to sort out the letter of the laws and do the right thing for the community as well” Crane added, noting the town has provided several versions of detailed topographical maps at the request of the state DOT.

Some residents have expressed concern over the proposal as well. Matthew Nucci, who lives on Pitcher Lane near the end of the proposed airstrip, sent a letter to the Town Board expressing his concern over the proximity of the flight path to his house. Nucci was unable to attend the meeting in person, but has appeared at several of the other government meetings at which the issue was addressed.

Crane and Councilman William O’Neill both asked Greig why he decided to start the process in the first place. “Why did you want to make this official?” Crane asked, “If you have been casually landing and taking off on a regular basis and nobody was pulling up and saying that you could not do this, why did you want to codify this?”

Greig replied that he felt he “was not above the law” and that when he “sees something in the zoning code, that is the way I try to do it. I don’t want any special privileges. It’s as straightforward as that.” He added that he “just wanted to fly my plane on and off the farm like I always have.”

The town is currently waiting for official approval from DOT, after which Greig can then apply for a special permit from the planning board.